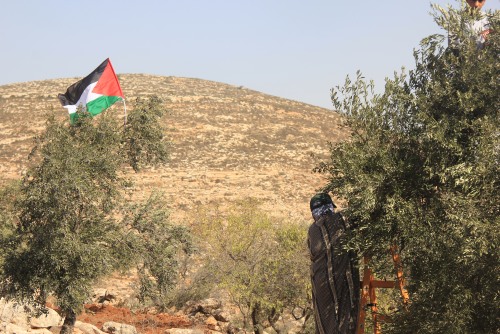 When lies are used as ploys to delegitimize Palestinian civil society


Using deception as a political ploy is widely used around the world. The 2003 invasion of Iraq under the pretext of the existence of nuclear and chemical weapons is just one example.

Many settler organizations in the West Bank and within Israel, supported by the right-wing government of Benjamin Netanyahu, employ similar lying tactics against the Palestinian people to obstruct their just and internationally-recognized struggle for their rights in accordance with international laws and resolutions. Such laws and resolutions affirm the right of the Palestinian people to self-determination and a sovereign state according to the 1967 armistice borders with Jerusalem as its capital, as well as the right of return for refugees.

These deceitful tactics are reflected in various manifestations of the Israeli colonial-occupation regime, including the escalation of campaigns against Palestinian Civil Society and its various institutions, especially those working in Area C, which is under Israeli sovereignty. The aim of such policies is to delegitimize Palestinian Civil Society and drain its financial resources. Among those targeted institutions is the Union of Agricultural Work Committees (UAWC), which has been working according to the rules of international law since 1986 to support Palestinian farmers in the face of occupation policies in confiscating lands.

UAWC is an agricultural development institution that is not affiliated with any Palestinian political formation. Nonetheless, Israeli incitement campaigns have been targeting the Union through Israeli media for the past few years, by claiming that it has relations with terrorist organizations. The fact of the matter is that the UAWC operates according to international standards and laws, such as the Security Council’s and General Assembly’s resolutions pertaining to the right of the Palestinian people to freedom, development and life, as well as laws and regulations adopted by the Palestinian National Authority.

UAWC is registered as a non-governmental agricultural institution according to the Palestinian NGOs and Associations Law No. 1 of the year 2000. It favors projects that empower disadvantaged and marginalized male and female farmers and fishermen. Furthermore, UAWC has close ties with the Palestinian government, its relevant ministries, and various Palestinian and international development institutions. It also represents Palestine and the Arab world at La Via Campesina, and is also a member of the International Union for Conservation of Nature (IUCN).

Moreover, UAWC’s development projects annually target an approximate 30 thousand farmers and their families. The Union has also been awarded three international awards in 2014 and 2015. The ‘Arab Creativity Award’ by the Arab Thought Foundation was awarded for the most important development idea working towards improving the socio-economic situation of farmers. The award was in recognition of UAWC’s reclamation and development of 80 thousand donum of Palestinian land in the West Bank and the Gaza Strip since 1986.  The second Award is the ‘Award of the Equator’ for the best idea to combat poverty. Lastly, the Food Sovereignty Award was given in recognition of UAWC’s promotion of sovereignty over resources and food, and the fight against all forms of monopoly. This award was granted at a large celebration in Washington.

In 2003, UAWC established the Palestinian Municipal Seed Bank, with the aim of conserving seeds as a natural resource by collecting and documenting seeds; improving its strains; increasing its quantities; preserving and making it available as a food source for the Palestinian society, especially those with limited income. The Seed Bank has hence cultivated and enhanced more than 40 varieties of vegetables, field crops and grains, and has benefited thousands of Palestinian farmers each year.

As a result of UAWC’s accomplishments, the Israeli government and its settler organizations have attempted to thwart and mislead the international arena by upholding a series of lies regarding UAWC’s alleged relations with terrorism. The question thus arises as to who the terrorist is: an agricultural developmental institution, or an entity that controls land by force of arms, contradicting international resolutions. Furthermore, it is the same entity seeking to annex Area C through the enactment of several laws, such as the Jewish National Law and expansion of illegal settlements in the West Bank.

The purpose of this misleading and deceptive campaign is to prevent UAWC from supporting Palestinian farmers in Area C in the West Bank. The campaign aims to obstruct UAWC’s efforts towards supporting and empowering farmers and fishermen in the Gaza Strip who are struggling to make do under the suffocating Israeli siege.

The adoption of deceitful maneuvers is exemplified by the policies of Zionist organizations such as Regavim, the Palestinian NGO Monitor, British rights activists for Israel, the Palestinian media observer, and Shurat HaDdin. Such deceitful tactics are further corroborated by these organizations’ efforts, which are supported by Netanyahu’s extremist government, to annex Area C to Israel, which not only disregards international resolutions but the Oslo agreement as well.

Yishai Haimo, an Israeli illegal settler and the head of Regavim Organization in the West Bank, said in an interview with the Israeli Channel 10 that UAWC is working in the region as the "Palestinian National Fund", likening it to the "Zionist National Fund". He stated that UAWC’s work in reclaiming thousands of dunams of land in the area intends to form a connection between Palestinian cities and thus hinder the expansion of settlements.[1] This organization, like many other Zionist parties, considers the West Bank as Judea and Samaria and thus as part of Israel.

In 2016, the same organization endorsed Britain's exit from the European Union as a punishment for its support for Palestine. Meir Deutsch, the director of policy and government relations at Regavim said that the organization seeks to harm the EU because of its involvement in the internal conflict between Israel and the Palestinians. Meir Deutsch added that the EU behaves in a manner that is ‘anti-Israel’, stating that it should not be as biased. The EU will not be harmed should it refrain from behaving as such, he concluded.[2]

A report issued on January 18, 2018 by Haaretz revealed that the Israeli government funds and monitors the budgets of the pro-settler NGO Regavim, which seeks to evict Palestinian citizens from their land and establish settlements in the occupied Palestinian territories.

In a Washington Post interview, the Israeli Justice Minister, Ayelet Shaked, was asked whether she believed the time had come to apply Israeli sovereignty over the entire Palestinian territories. Shakid replied: "Yes, of course, Area B has joint security coordination with Israel, whereas Area C has half a million Israelis and 100,000 Palestinians, and I think we should apply Israeli law to that area as well.”[3]

The policy pursued by Israel in Area C is driven by the notion that this region was found first and foremost to serve the needs of the Israelis, consequently aspiring to annex large parts of it to Israel. This was stated in a report published by B'Tselem, an organization similarly targeted by the Israeli government’s ongoing incitement campaigns. Israel is persistently attempting to expand its control over Area C as to exploit the resources of the region for the benefit of Israeli settlers. Ultimately, Israel seeks to create a permanent reality for prosperous settlements accompanied by minimal Palestinian presence.[4]

On the 5th July 2018, EU Foreign Minister, Federica Mogherini, sent a letter to Gilad Erdan, Israeli Minister of Public Security and Strategic Affairs, in response to his allegations regarding EU’s funding of terrorist activities through funding Palestinian civil society associations. The letter asserted that such accusations are baseless. It also stated that the allegations are inappropriate and misleading as they intentionally equate terror with the boycott movement, thus instigating an unacceptable state of confusion for the public regarding these two distinct phenomena. Mogherini added that it strongly opposes any indication that the EU is involved with organizations that support terrorism; and that the accusations are vague, unproven, and serve the objective of misleading the public.[5]

Lastly, UAWC confirms its determination to maintaining its work by speaking truth to power through its slogan "Protecting Our Land and Supporting Our Farmers", which is achieved through its development projects, especially in Area C. It believes that ploys and deceitful tactics will not mislead UAWC’s friends and supporters of the Palestinian people who believe in the Palestinian right to justice and equality. 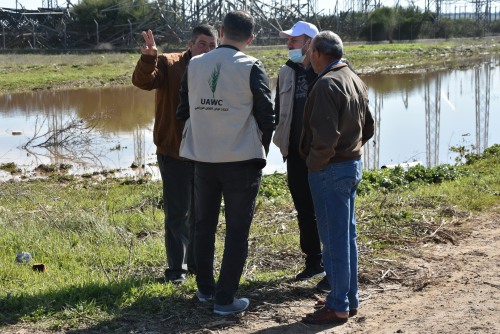 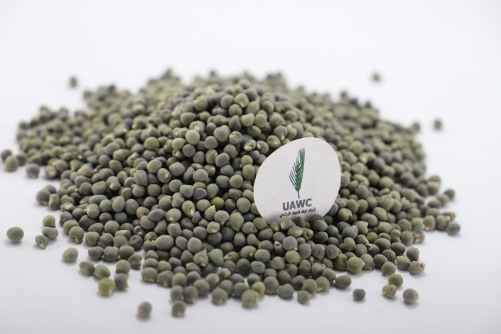